Living Air air purifiers are one of the names under which the brand that is currently known as Vollara has marketed their air purifiers. The company was also once known as Alpine Industries. It then changed its name to Ecoquest, and finally to Vollara. The changes in name have been associated with changes in the ownership of the company, various legal difficulties and a number of complaints against the companies. 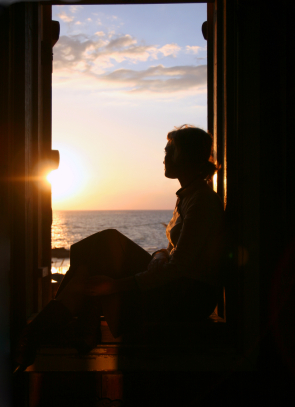 The air purifiers manufactured by these companies have been sold under a number of different names, including Fresh Air, Living Air, Living Lightening, Alpine Air and Flair Air.

The living air range of air purifiers are ozone air filters. These are a type of air purifying device that release ozone into the room in order to clean and freshen the air.

Ozone air purifiers usually have a fan, a filter and an electric plate that is used to disperse the ozone that is produced by these machines. This electric plate converts molecules of oxygen from the air, which are composed of two atoms of oxygen, into molecules of ozone. The ozone is spread throughout the surrounding room by the fan.

The ozone that is released by these air purifiers is intended to help remove odors from the environment and to replace them with a pleasant scent reminiscent of the fresh air after a thunderstorm.

Ozone air purifiers may also have HEPA or other types of filters to remove particles from the air as it is drawn through the machine.

Ozone is a naturally occurring substance that is safe at low levels, but toxic if the concentration is too high. There have been concerns over the safety of ozone producing air purifiers. Some people have claimed that the amount of ozone that is generated by these devices exceeds the safe limits and some people who have used these air purifiers have reported symptoms may have been caused by exposure to ozone at high levels. Ozone can cause coughing, chest pain, throat irritation and shortness of breath.

The efficacy of ozone air purifiers at reducing air pollution has also been called into question.

The ozone that is produced by the living air air purifier can help to neutralize odors in the room. Many people also find the scent of ozone to be pleasing as it is similar to sea air or the scent of air after a thunderstorm.

Some living air air purifiers come with HEPA filters that are very effective at removing particles such as dust and pollen from the air.

Living air air purifiers are among those that produce ozone. Ozone emitters are designed to reduce odors at the same time as the air is being cleaned, but there are concerns over possible health problems being caused by these types of air purifiers.

Warning – Ozone Emissions May be Hazardous

Some scientific evidence has shown that air purifiers that emit ozone can in fact worsen conditions such as asthma, rather than helping to prevent them as the manufacturers have claimed. Some states, such as California, have banned air purifiers that produce ozone because of this evidence.

Living air ozone air purifiers come with a warning that they should only be used on high ozone settings in unoccupied rooms. This means rooms that are cleared of both humans and pets.

Living air air purifiers are available from about $300.00, particularly if they are being sold secondhand, but most dealers sell them for upwards of $700.00.